Creating a fictional character needs to serve the story being told, and in some way needs to attract and hold the reader’s interest, a connection that may not be likeable or sympathetic but must be strong enough to engage the reader to produce at least some satisfaction in having read and acquainted oneself with the character.

Great characters of classic literature almost always have a touch of hero in them. In the story world, they exude qualities such as persistence, morality, perseverance, determination, strength, confidence, intellect, and/or unfailing expectations that things are going to turn out all right, qualities that rise to above average. 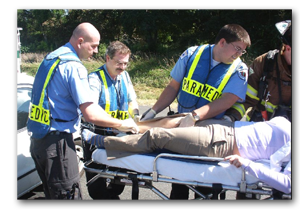 These characters, in fiction, show resistance to the status quo, often in the face of insurmountable odds that involve conflicts in which the character must use skills, and often develop additional skills, in order to succeed. Success and failure, of course, will vary from story to story but it’s the struggle, the quality, and the authorial delivery that grab the reader. Readers generally want to root for a character who succeeds by using imagination and hard work. If the author of fiction writes to evoke reader sympathy without significant reader engagement, there can be unwanted consequences. Sympathy comes from empathy for the plight of others. When a static character is in a dire, and often unjustly deserved, state and narrative description is used to tell of past events and feelings, empathy is harder to attain. For the inexperienced author in this context, the danger of failure to create for desired reader response is sentimentality rather than empathy–and even bathos–by the reader for the character and the situation.

The difference between a static character described to evoke a sympathetic reader response and a character in a struggle with desires and motivation aimed at solving a problem enmeshed in intellectual, emotional, or physical conflict that evokes reader empathy results in two opposites that, by being aware of them during story construction, can improve a writer. Basically, the writer’s choice is inaction told versus action shown. (The comparison is like the difference in viewing a tableau vivant of Manet’s nude in the park or attending a theatrical production of Richard the Third, the “My kingdom for a horse.” guy.) And for the success of most fictional stories, these differences are not just points on a sliding scale; instead the choice is either or, and for good fiction and good stories to reach greatness, a choice must be made, or at least considered, to where the story creation is effectively under authorial control.

In most effective stories about victims, the character rails against the circumstances to improve his or her lot. Authors often fail to reach story potential of acceptance, enjoyment, and memorability by allowing the character to wallow during excessive authorial narrative descriptions of the injustices, and by forcing the reader to make judgments about the credibility of injustice in the circumstances and accepting the character’s response to the person or event that caused his or her (the character’s) present state of existence. Consider two situations with different character responses.

A fourteen-year-old girl taken hostage and isolated by a religious fanatic and raped daily for six months returns to society and does not devote herself totally to anger induced revenge and punishment, but allows the law to make judgments against the mentally deranged man who tried to destroy her, and sets up a foundation to prevent such events and to help those who are victims, return to a normal productive life. A reader’s response to this situation will most often be intense sympathy mixed with admiration (and often wondering if he or she, the reader, would be capable of the same response).

Consider now a forty-year-old woman, beaten and raped in a death-threatening attack by an ex-husband she hadn’t seen for many years. She recovers from serious injuries in hospital and then in a shelter for abused women. She suffers severe depression, and for years is unable to return to her former job; is unable to relate to people or make friends; and spends almost every waking hour watching television and eating fast food brought to her by a neighbor. She’s on welfare and she feels victimized by a government who will not provide her what she thinks she deserves. Finally, she kills herself by swallowing one hundred and fifty aspirin tablets.

A reader may have sympathy for this second character, but little admiration. And if a writer chooses this type of story scenario, the reader may be forced to make judgments about the character that may not be effective for good storytelling and characterization. 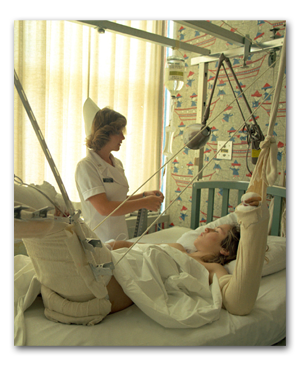 What if the woman is a prostitute, and the reader sees willful and unacceptable, maybe immoral, decisions and actions by the character as faults deserving of punishment. What if the ex-husband abused her from rage induced by his own victimization from an unfair treatment in his job as a crane operator and the abuse to his ex-wife was one time, never before inflicted or repeated. The woman as victim might not be easily accepted, and valid sympathetic reader responses lost. What if the woman lied to authorities and her caregivers about her lifestyle and the nature of her once loving husband, to gain sympathetic financial and emotional support from the caregivers. Some readers may not relate, others may, but the manipulation of emotions for gain might squelch acceptance of victimization. These characterization effects can be used to effect or avoided, depending on the writer’s intent. The writer can often, by story construction and characterization, better control positive, enjoyable, memorable reader response by always striving to create a specific response in the reader and not defaulting to using clichéd self-victimization as the sole source of an expected reader’s sympathetic (without admiration or respect) response.

In essence, when an author takes the static choice of self-serving obsession with the injustice of the “victimizing” as a mode to write about victims, the emotions most often expected from the reader are sympathy for the character, outrage, or anger at something other than the character’s consumption of the problem producing tension and caring about what will happen. The reader is asked to respond to the cause of the injustice rather than the character’s response to the injustice. As readers, we have been moved for decades and even centuries with classic characters striving for change and not succumbing to victimization as an excuse for inaction: Jane Eyre, Elizabeth Bennett, Anna Karenina, Heathcliff, Milly Theale (The Wings of the Dove), Emma Bovary, Captain Ahab, Charles Marlow (Heart of Darkness), Scrooge, Cinderella, even Flaubert’s Felicité.

In contrast, when reader empathy for the character’s plight and admiration for the character’s response are a writer’s desire, the creation of a victim-character who allows victimization to stifle their will and then dwell on the injustice of their plight, eager to blame and expose causes (rather than eliminate causes so others will not be affected), the ability to elicit true reader empathy is, to say the least, tricky. Here are the reasons why.

A described victim is: a sufferer, the injured party, the prey. Born victims are: losers, patsies, suckers, and often fools. But these traits are subjective, as well as the idea of who is a victim and who is not.

A reader judging a person as a victim requires agreement that the victim has been injured or wronged unjustly, and that the judgment is beyond reasonable argument. In most story creations, the average author cannot predict a specific reader’s response to the described victim, a response that may be crucial for story acceptance. But authors in control of their storytelling do write to create specific responses in their targeted readers. Knowing the character and controlling the story for the reader’s response can accomplish this.

When creating victim-as-character in fiction, the victim’s self-perception is important. 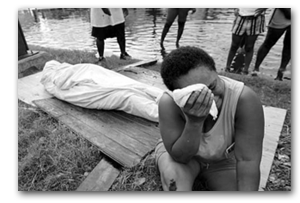 When negative self-perception is a result of unjust (and often inexplicable) harm from a person or event, the character is easily absorbed by the injustice, causing inaction. This inaction prohibits the character from redefining themselves and their life situation, and creates negative emotions of self-sympathy and pity, feelings often that expect selfless, all-consuming physical, emotional, and intellectual aid from others. The greater the expectations of the victim, the less likely those in contact with the victim will be able to fulfill the need for untethered pity, and a reader will have a less empathetic response. So, attention to how the victim perceives their misfortune directs (1) an active response to improve one’s state, or (2) a passive submission to life’s challenges.

But, characters created to regain their self respect or productivity, not expecting or requiring responses based on the sympathetic feelings of others, of which the character maneuvers and manipulates those sympathies by trying to become a more intently pitied victim, will appreciate sympathy, but not require it, and focus their daily feelings and actions on rejecting self pity, and reaching out beyond their present situation to the benefit of others. Writers who have control of their story creation can, with attention to victimization and a character’s responses, create great fiction if they write well and embody in their character some trait beyond the ordinary, some thoughts that are unique without a trace of cliché, and a touch of the hero that most exceptional literary characters possess.

Consider, as a writer, these goals: (1) stay objective; (2) don’t succumb to converting a reader to your assessment of injustice in victimization; 3) make your characters unique, incapable of clichéd thinking and response in regards to victimization; (4) avoid predetermination of the validity of the injustice–let the reader determine her or his opinion from the storytelling.

There are no absolutes in writing great fictional stories, but there is awareness and avoidance of mediocrity.

2 thoughts on “Victims as Characters in Literary Fiction”