Julia Glass is the author of Three Junes

, winner of the 2002 National Book Award for Fiction; The Whole World Over

; and I See You Everywhere

, winner of the 2009 Binghamton University John Gardner Book Award. She has received fellowships from the National Endowment for the Arts, the New York Foundation for the Arts, and the Radcliffe Institute for Advanced Study. She lives in Massachusetts.

Lori Ostlund is the 2009 Winner of the Flannery O’Connor Award for Short Fiction for her collection of short stories, The Bigness of the World

. She lives in San Franscisco. She is originally from Minnesota and has taught in Spain, Malaysia, and New Mexico. Her work has appeared in the Georgia Review, Kenyon Review, New England Review and Hobart.

Although she was born in Boston and grew up in the East, Lydia Peelle now lives in Nashville, Tennessee. Her fiction has appeared in Granta, One Story, Orion, Epoch, The Sun, and Best New American Voices. She is the recipient of an O. Henry Prize and two Pushcart Prizes. Her MFA degree is from the University of Virginia.

Geoffrey Becker was born in Boston, grew up in Princeton, NJ, and presently lives in Baltimore, MD. He has published a previous collection of short stories, Dangerous Men

won The Flannery O’Connor Award for Short Fiction and the title story was chosen for inclusion in The Best American Short Stories 2000. He teaches writing at Towson University where he is an associate professor of English.

Andrew Porter teaches writing at Trinity University in San Antonio, Texas. He is a graduate of the Iowa’s Writers’ Workshop and a winner of the Flannery O’Connor Award for Short Fiction. He is also the recipient of a Pushcart Prize and a James Michener/Copernicus Fellowship.

One thought on “What’s New in Literary Fiction” 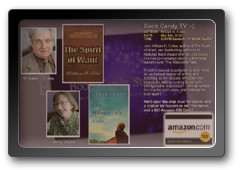 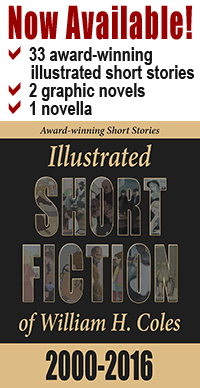 THE NEWEST ESSAY: How to Change Fiction Writing Style, by William H. Coles.

STYLE is: “A particular procedure by which something is done.”
The Oxford English Dictionary.

To change your style as a writer, study to improve elements of excellent storytelling and prose writing and practice to improve those elements to reveal who you are and display your talents.

Continue to learning, How To Change Your Fiction Writing Style:
... Read MoreShow Less